The Envirosun TS Plus 300 litre, 2 panel thermosyphon solar hot water heater is a superior made hot water unit, with the roof mounted cylinder is manufactured in Holland from a very high grade 444 Stainless Steel for a longer life expectancy, the bare stainless stell storage tank is imported and is all assembled in Victoria and comes with 2 high solar absorption solar collector panels. These solar panels are available in 2 different size, the 2BC panel is 2m2 and the 25BC panel is 2.5m2 in size giving you a solar collection area of 4m2 and a whopping 5m2 , 20% larger than most other brands for solar hot water systems on the market. This makes the Envirosun TS Plus suitable for nearly every area in Australia. Envirosun also has a range of solar panels for far north Queenlsand, Northern Territory and other areas closer to the equator where solar adsorption rates are extreme

Envirosun’s Thermosiphon System (TS Plus) is one of the most advanced solar hot water systems available in todays market, offering a extremely high efficiency rate and a cost effective solution for most domestic homes. The hot water storage cylinder and the solar collector panels are roof-mounted together as one seamless combined unit. Water is heated in the flat plate solar collector, and natural convection of hot water rising moves the water through the system into an insulated storage tank located above the solar panels on the right hand side as cooler water from the tank falls from the left into the lowest part of the solar panels, minimising any energy required.  This design has been in roof mounted solar water heaters since the development of solar water heating and outperforms other types of systems and offers a superior level of efficient, economical water heating. The clever design and engineering of the Envirosun Thermosiphon System utilises the strongest materials and state-of-the-art tank protection valves and systems to ensure a long operating life in all environments, from the freezing temperatures to extreme heat.  The latest cutting edge technology and the cumulative advancements of Envirosun’s 25 years industry experience combine to offer the ultimate in durability, reliability and affordability.

Envirosun is a Australian owned company that is operated with true family values and integrity,  with the highest level of quality control that makes the Envirosun TS Plus thermosyphon stainless steel solar hot water heater choice a smart one, not only financially but environmental and for a sustainable future Australia

Contact us for more details on how we can supply you with this quality affordable solar hot water system. 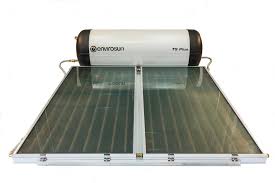 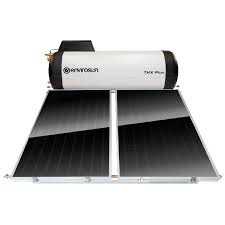 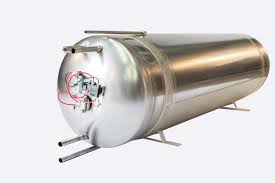 Generally, Type 444 is a highly durable and trouble-free material that offers significant live cycle cost advantages. Stainless steels derive their corrosion resistant properties through the inclusion of stainless steel. However the key to the enhanced performance of this Type 444 is the addition of molybdenum and chromium as further alloying elements (traditional austenitic grades incorporate nickel). During the final stage of the factory guarantee period you should arrange for an end-of-warranty service to be carried out. These quality European made 444 stainless steel cylinders have the final assembly here in Australia

Keeping the heat on the inside of a hot water system storage tank is the major aspect of saving energy and operating costs, and polyurethane insulation systems are the best way of doing this. That's why Envirosun use this on all our solar hot water systems 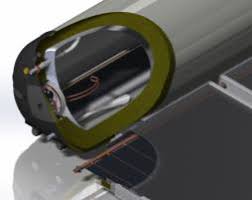 Polyurethane is formed through the chemical reaction of two liquids with the mixture then injected into the contained space around the hot water storage tank and outer casing.  As the mixture is exposed to air, it expands to up to 10 times its liquid volume. In so doing it fills all of the contained space including the smallest of crevices. As the mixture dries it hardens to form a closed-cell structure that is a rigid and impermeable structure. Compared to fibreglass insulation that allows air to permeate, polyurethane is airtight. The resulting insulating barrier works at three levels: the gases trapped in the cells resist conductive heat losses; the air-tight structure prevents convective heat loss otherwise caused by the flow of warm air to the cooler surrounds; and condensation heat loss, normally caused as warm air is introduced to cold air, are avoided.

The solar hot water cylinders of all Envirosun storage tanks are encased within a polyurethane foam insulation system. The polyurethane mixture is pressure injected into the space between the cylinder and the external sheet metal casing.

The combination of metal and foam contributes to structural rigidity and is the basis of its excellent heat retention properties. Heat retention = more hot water for a longer period of time and that equates to money and energy cost savings 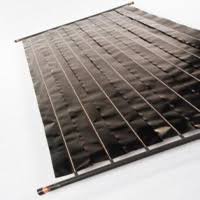 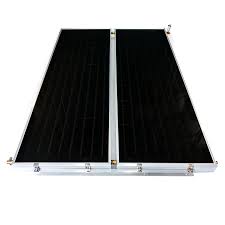 The absorber plates in our solar collectors are designed to absorb more of the sun’s energy and radiate less back to the environment as heat.

Envirosun’s black chrome absorbers plates have the highest efficiency solar selective coating available and they deliver performance gains about 20% above those available from such  non-selective treatments.

Our collectors are fitted with solar glass that is highly translucent and very strong.

It’s intended as maximising the amount of solar energy that is captured by the collector absorber plates (panels) while protecting them from impact damage. To explain, this, it’s first necessary to understand how a solar collector uses the ‘greenhouse-effect’ phenomenon to heat water.

As the sun’s rays fall on the glass cover are a form of short wavelength radiation. Most of the solar radiation passes through the glass but some is reflected or absorbed. The transmitted portion of solar radiation that reaches the black copper absorber plate, heats it and the water that is contained inside the pipework. The hot absorber also re-radiates thermal energy (a form of long wavelength radiation) which, in the absence of a cover, would escape and allow the plate to cool. The glass cover, however, acts as a reflector of the long wavelength radiation and bounces it back to the absorber, thereby containing the heat. Glass that has higher iron levels absorbs more solar radiation and allows less to reach the absorber plates. Low-iron glass can transmit about 91% of the incident solar radiation. Envirosun solar glass is produced with very low levels of iron impurities. Envirosun solar glass is also tempered using a heat-treatment process.

Envirosun solar hot water systems are equipped with either electric boosters that can also have Natural or LPG gas boosters added to ensure that there’s plenty of hot-water available during the worst weather or when the demand for hot water is high. Electric elements are fitted inside our storage tanks and the gas instantaneous heaters can be installed in-line from the outlet of our systems. Both options are designed to maximise the amount of solar energy that can be collected and utilise the auxiliary in a ‘back-up’ or ‘booster’ mode only.

Electric boosted systems are integrated arrangements that comprise a heating element immersed in the storage tank water, controlled by a thermostat and connected to a switched power-supply. Both the element and thermostat are positioned at the midpoint of the tank and the power-supply switch is conveniently located. With the power-supply on, if the temperature at the centre of the tank falls below 60°C, the thermostat ‘closes’ and the heating element operates. The element continues to operate until the mid-point of the tank rises to above 60°C. The location of the element and thermostat in an Envirosun system are designed to only allow the booster to only heat the water in the top half of the tank and to leave the bottom portion available for useful solar gain. Our solar hot water systems have the ability to heat water without direct sunlight to approximately 2 x the ambient air temperature, for instance if it is a overcast day and the outside temperature is 22 degC  for most of the day, your solar should be able to get the water to around 44 degC 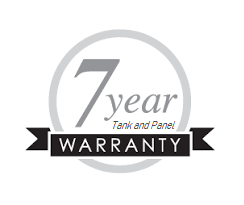 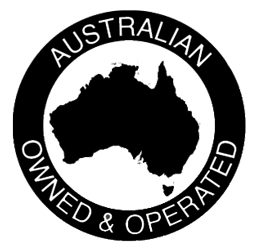 Up To 90% energy savings

Check out some of the comparisons here on different heat pump hot water heater brands and the Australian Government tested and allocated STC rating, the STC is a rated saving that a hot water system has been granted after testing and approved by the  Australian Clean Energy Regulator,  the number of STC’s that are issued refers to one megawatt hour (1 MWh) of avoided energy consumption over the heat pump hot water system’s deemed life expectancy

How does a Envirosun TS Plus solar hot water system work?

The solar hot water storage tank and panels are connected together and located on the roof structure, facing in a northerly direction.  Hot water has a natural fall and rise cycle, hot water rises and cold water falls to the lowest point, as the sun heats the water in the collector, it rises and then goes into a storage tank.

Hot water rises naturally in the tank – this process is called thermo-siphoning, that’s why this type of solar water heaters are known as thermosyphon solar hot water systems and the Envirosun TS Plus model

The colder water at the bottom of the storage tank then travels into the lowest point of the solar collector panel and as it starts to heat up it rises in the solar panels to the highest point, then through a pipe to the storage tank. (shown in diagram)

The solar hot water panels are a sealed cased box with toughened glass face, a manifold of copper pipes and black powder coated copper absorption plates or fins to attract the heat and with the underside being fully insulated, traps the heat inside to give maximum solar gain and heat transfer to the water

This process is a continuous cycle and can save the average household over 80% of their hot water energy usage and related greenhouse gas emissions, not to mention the money that is saved with this type of solar hot water systems

Envirosun and Enviroheat hot water heaters are available throughout Australia, New Zealand and the South Pacific

Envirosun and Enviroheat have a network of professional and exceptional partners, dealers and suppliers